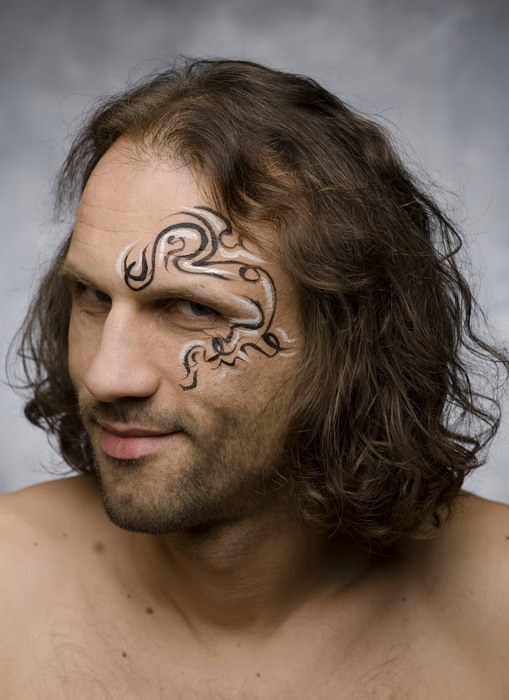 Plays flute and sings back vocals. Flies from the stage.

He has a hairy chest, some qualities of a talented showman and a fair addiction to women. His agile nature was glorified in Skylė’s song Drazdutis. He tried to extinguish his restless tendencies by working for Hollywood and shooting Robin Hood, but later traded it for a company of Kazakhs. Perhaps one day he will claim the title of the Lithuanian movie baron. Frontman.